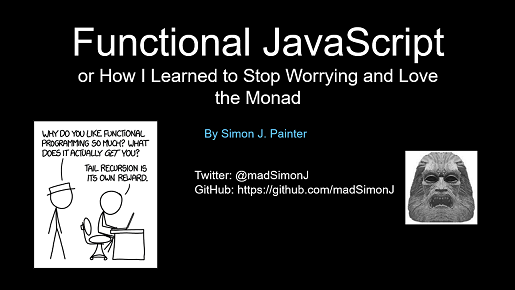 Functional Programming is becoming increasingly popular and relevant with each year that goes by. With so much discussion around languages such as F#, Haskell and Erlang, it can seem as though getting started with Functional programming would mean first learning a whole new syntax...but what if it didn't?

Using just a few JavaScript libraries, such as RamdaJS, developers can implement some of the most powerful patterns and techniques from the world of functional programming?

This talk will demonstrate how, using ES6 and a few extra libraries, we can write Functional code that is:


This talk might be of interest to anyone looking into moving to a new platform, or in improving the scalability of an existing application, or even just interested in seeing what Functional Programming is all about, but all within the comfort of a familiar language.

We might even attempt the impossible, and explain what a Monad is!